School Life in Malawi: A Brief Overview of Their Education System 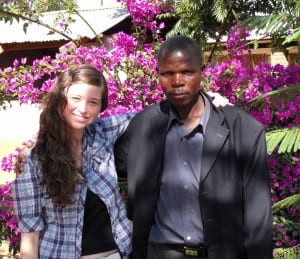 by Sophie Bass and Melanie Stonebanks

Welcome back to the Warm Heart of Africa!  This second posting in the series was greatly assisted by Mr. Henry Lemani who not only provided the necessary background information on which this posting has been based but also worked alongside Sophie to edit the writing as well.  It is an interesting look into a system that will leave you with much to think about.  As well, it is another step forward on our journey of discovery to understand what school life is like for students and teachers in not only the poorest country in Africa but one of the twenty poorest countries in the world.

I arrived in Malawi on June 1st only to find out that Mr. Saka was not around this summer. I was extremely sad by this news, but luckily, on June 5th, I met Mr. Lemani, a teacher who teaches at a nearby secondary school (Chilanga Community Day Secondary School). After discussing my project with him, he decided that he would like to participate in the blog and assist me along the reflective journey. Together we decided the topics of each blog post, but in fear of spoiling the surprise, I shall only reveal the topic of discussion for this blog: an overview of the education system in Malawi.

First off, I would like to point out that there are many similarities between the Quebec (or more generally the Canadian) education system and the Malawi education system. In Quebec, four year old children are often enrolled in pre-kindergarten classrooms and then move on to kindergarten the following year. Similarly, in Malawi, children aged 3 to 5 often attend nursery schools if they are available in the region. Nursery schools are more common in urban areas as opposed to rural areas.  Nursery school programs mirror the pre-kindergarten and kindergarten curriculum in Quebec. At six years old, children in Malawi begin primary school, which extends from standard 1 to standard 8. These standards represent grades 1 to 8 in Canada. Once students reach standard 8, they must write and pass national exams before they can be admitted into secondary school. If they pass, they move on to secondary school, which is made up of 4 forms (or grades as we would say in Canada): form 1 (grade 9), form 2 (grade 10), form 3 (grade 11), and form 4 (which would be grade 12 in most Canadian provinces except Quebec). The secondary school in which students are admitted depends upon their performance on the national exams that they must write at the end of the school year in standard 8.

The subjects taught in elementary schools throughout Malawi also share similarities to those outlined in the Quebec Education Program. Students learn subjects such as English, Mathematics, Science and Technology, Expressive Arts, and Social and Environmental Sciences, which parallel the majority of the subjects taught in Quebec primary schools. Subjects in Malawian schools that differ from those in Quebec would be Agriculture, Bible Knowledge, Chichewa (the national language of Malawi), and Life Skills. The syllabus for Malawian primary schools is the same throughout the country. The same surely cannot be said about Canada. In addition, from standard 1 to 4, all subjects are taught in Chichewa, whereas from standard 5 to 8 and all throughout secondary school, all subjects except Chichewa are taught in English.

Of interest is also the fact that primary schools in Malawi are free, but students must pay to attend secondary school. The fees that students pay vary according to the quality of the school that they attend. At Chilanga Community Day Secondary School, for instance, students must pay 3000 kwachas per term, which translates into approximately 12 Canadian dollars. This may not seem expensive in Canadian terms, but to parents in Malawi, these fees can be quite costly. Many parents are unable to send their children to secondary school due to the high cost of the fees.

Finally, as mentioned in my previous blog, class sizes in Malawi are generally very large. At Mponda Primary School, for example, located in the Kasungu region of Malawi, there is an average of approximately 40 students per classroom. In another school that I had the opportunity to observe, class sizes averaged 80 students per classroom; a lack of both teachers and space cause student-teacher ratios to soar.

To conclude, I could go on and on about the Malawi education system, but the purpose of this blog was simply to provide you with an overview of how things in Malawi elementary schools function and give you a bit of context before I delve deeper into other topics that relate to and affect the education system in Malawi. Until then, I wish you all the best. 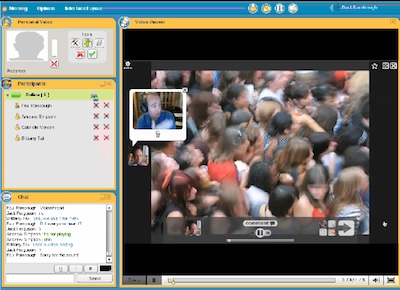 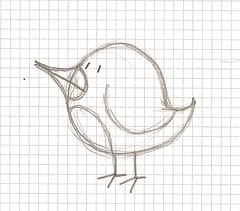