Dr. Reshan Richards is one of the developers of the iPad screencasting app, Explain Everything.  On October 20th he will present and deliver the Keynote address at the LEARN-RÉCIT Technology & Learning Summit at the Sheraton Laval on October 20th. In the lead up to the Summit, Dr. Richards and his co-developers, Piotr Śliwiński and Bartosz Gonczarek agreed to talk about their unique partnership.

Screencasting has become a popular tool for educators. Whether for “flipping” the class, or as a tool for students to demonstrate their learning, screencasting allows people to create rich visual media to support teaching and learning. There are a variety of different tools to create screencasts, both on computers and on tablets, but one of the standouts is Explain Everything for the iPad. Released only three years ago, Explain Everything is one of the more popular, full-featured screencasting apps available on any tablet platform. The app combines whiteboard functionality with audio recording and animation to create full-featured screencasts.

Explain Everything is the result of a Trans-Atlantic partnership between Reshan Richards, an America educator, and two software developers based in Wroclaw, Poland: Piotr Śliwiński and Bartosz Gonczarek of MorrisCooke. The concept of the app grew out of MorrisCooke’s work in animation software and Reshan’s interest in screencasting as a useful classroom tool.

Reshan is an Educational Technology Administrator in New Jersey, and a doctoral researcher at Columbia University. His interest in educational technology began early in his teaching career. As a new teacher working in a New York City school, he was assigned a Grade 5 math class.

“They figured I was young and could also be giving tech support even though I had no background in technology or experience in giving tech support (or teaching math for that matter!),” said Reshan in a recent interview. In the process of supporting the school in everything from changing printer cartridges to plugging things in, he became more interested in the teaching side of technology.

“I went back for my Masters interested in the pedagogical and curriculum side more then the technical side.”

Almost a decade ago, Reshan was introduced to desktop screencasting software. He started using it to record writing on his interactive whiteboard and create mini-lessons for his Grade 5 and 8 math students. In the course of using screencasting software with his students, he soon found a much more effective way to use it.

“The most exciting thing was getting students to use it, because it revealed a lot about their thought process as I was having them solve trivial or boring math problems. It brought the problems to life, because it is not about the static answer. I am able to see more clearly the steps, and the process, and the times they self corrected or paused. ”

Despite its usefulness, Reshan found the setup for making screencasts “clumsy.”

“You would need an interactive whiteboard. You would need it to be connected to a computer, and you would need a USB microphone because desktop computers didn’t have one built-in. And if you had a class of 16 or 20 students, only one or two students could be creating a screencast at a time.”

Still, Reshan thought that the benefits were worth the effort. It led him to think about the instructional design of the exercise. He also had to plan how to set up his classroom to keep students engaged in the planning and storyboarding process leading up to when they were going to record. He describes it as a “cool experience.”

At the time, Reshan used Jing, a free recording software, to record SMART Notebook® or The Geometer’s Sketchpad® on a SMART Board®. According to Reshan, The Geometer’s Sketchpad® is more “open-ended” design tool, and “you can take the stuff you generate in Sketchpad and make it come to life through a screencast or making a movie.” Early on, Reshan also used Windows Movie Maker quite extensively. He says, “I always wanted to put students in the position making their own media.”

Reshan structured his classes with an outline of how media production works with recording as the last step in the process. The students would be put in random groups and select a problem. Together they would solve the problem and then decide how to articulate the solution. The group would then assign roles such as the writer, narrator and “media control person.” Through the process, they would switch and take on different roles in the production process. Reshan found it rewarding to see this approach applied to different disciplines at the school.

The introduction of the iPad changed things — somewhat.

“I saw the touchscreen and the microphone, so I thought it would take the clumsiness out of the screencasting process and make it easier to do,” says Reshan. But early iPad apps didn’t live up to his expectations.

“Everything was focused on making things pretty,” he says, “and education was limited to ‘skill and build’ apps.”

Meanwhile, Piotr Śliwiński and Bartosz Gonczarek of MorrisCooke, bored with developing business software exclusively, were focused on creating animations and cartoons out of podcasts that they had created. They were similarly dissatisfied with their available software options, and decided to focus on making their own animation software, first for the Mac and then for the iPad. According to Piotr, their first animation app, PhotoPuppet, was released about six months after the introduction of the iPad. Still, says Bartosz, while they knew that animating objects on the iPad screen was powerful, they were not sure exactly how they could use — until they met Reshan.

In his own quest for quality educational software, Reshan had begun blogging and reviewing apps that he encountered. He found PhotoPuppet and reviewed it. The review prompted an email exchange that quickly led to the three men discussing what they could create together.

“Reshan made a tweet, and I wrote him an email and afterwards we began to talk about what we could do together,” says Piotr. Within months they had come up with a concept that married Piotr and Bartosz’s unique skills with Reshan’s vision of a screencasting app for education.

The development of Explain Everything was rapid, with the app being released only three months after Reshan, Piotr and Bartosz embarked on their partnership.

The unique challenge of Reshan Richard’s partnership with MorrisCooke is distance, but looking back he does not see it as much of a challenge at all.

“We work over videoconference, and we did not meet in person until 3 years after we signed our agreement,” says Reshan, “Explain Everything was built and launched without meeting. Technology helps people with complimentary interests come together, but it is also possible to come together and generate something without being in the same room.”

Initial reaction to Explain Everything was positive. The iPad had only been out for about 18 months and apps for producing content were still relatively rare. The partners contacted bloggers, while Reshan used his own network of technology integrators and educators to get the word out. According to Reshan, there were two aspects of Explain Everything that caught on quickly. First, the app is open-ended, so it does not force people into using a particular system for creating or hosting their content. Content can be exported and used in whatever context the user wants. Secondly, the relative scarcity of media creation apps meant that there was some built-in demand for their app.

Bartosz says, “We launched the program at the same time as other creation apps were being released. It was a window of opportunity that opened at the time.”

The app is now three years old, but is still being updated frequently to add features and to squash bugs. According to Reshan, the app is still evolving.

“We have been taking idea and feature requests from day one,” says Reshan, “and we have built a queue and made a list of what we can do, what we should do and continue to be scalable without overwhelming the users. We are not at the ceiling of what was created by Piotr and Bartosz.”

The men hope to add collaboration features to the app to allow multiple people to work on the same project. Reshan’s classroom strategy for working with students to create screencasts plays into the development of new features. And Reshan is excited by how their creation has been used.

“In the hands of students is the most exciting, but teachers have also created amazing things. From a mechanical workflow standpoint, one of the design features is the ability to create a project that can be shared with a colleague or student who could be able to interact with it and work off of it.”

Reshan sees a shift in focus from numerical grades to understanding, and views tools like Explain Everything as opening new possibilities for assessment or a general re-examination of assessment.

“Screen shots and screencasts are the two most powerful tools in any technology-enabled classroom,” according to Reshan.

“Even if you are on a computer, taking a screen cap takes a snapshot of any time, and you can make an artefact of learning. You can capture these moments easily, and it is exciting. These screen shots can be imported into Explain Everything and then talk to it, and preserve it for the teacher and student, so that they become more reflective about their learning.”

The use of Explain Everything has extended beyond K-12 education, with users in business and healthcare using it for training. “(Screencasts are) easier to build than on a laptop,” says Reshan.

Along with his partnership with Piotr Śliwiński and Bartosz Gonczarek, Reshan’s recent work has also focused on organizational leadership. With his colleague, Steven J. Valentine, he is the author of Leading Online: Leading the Learning, Leading by Learning. One of their approaches to leadership is an attempt to make meeting time more productive and efficient. For Reshan, his partnership with Piotr and Bartosz feeds into this.

“We challenge how meetings are done,” says Reshan, “The working formula that led to Explain Everything just goes to show that you do not need to be in the same room to get things done, but you can also be thoughtful of when the time is needed to be having a real time conversation vs. what can we sort out in email or a Google Doc.”

Reshan will be at this year’s  LEARN-RECIT Technology and Learning Summit 2014 on October 20th in Montreal to deliver the Keynote entitled, What do you really mean? Articulating definitions of learning, teaching, and assessment. He will also be animating two workshops, Explaining Everything: Instruction, Assessment, Collaboration, & Multimedia Creativity with Screencasting, and Education and Technology Leadership: Plan for Today, Plan for Obsolescence.

Interaction or Interactivity? How we use IWBs and electronic tablets 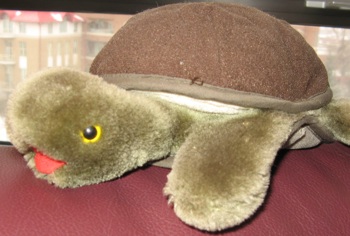 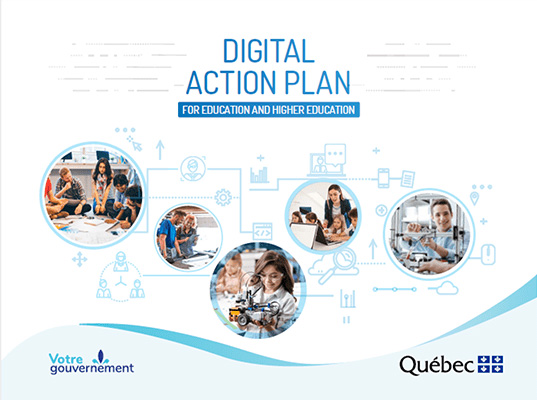