Engaging Girls in Technology: Anyone, anyone? 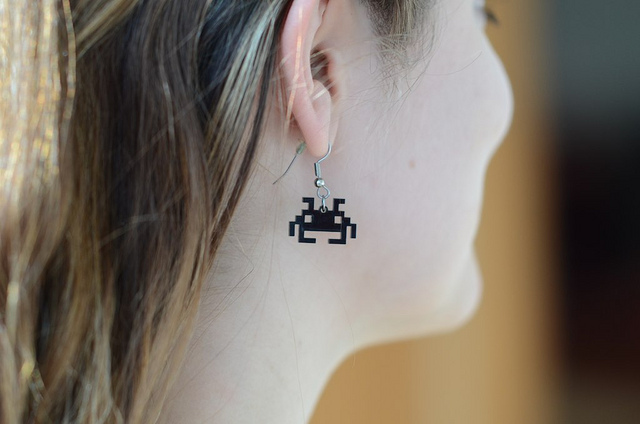 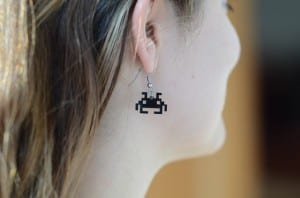 What can we do at our schools, in our communities and across the province to promote change and get girls more involved in technology? Feel free to start the conversation below or with a tweet @learnquebec.

I had the pleasure of attending an information and round table session with Anne Shillolo at Bring IT Together 2014. Anne is the Coordinator of Educational Technology, and eLearning Contact, at the Near North District School Board in Ontario. During Anne’s workshop, By Design: Engaging Girls in Tech, I learned a number of interesting facts about the role of women in the history of technology, specifically modern computing. For example: Did you know that Hedy Lamarr (yes, the 1940’s Hollywood starlet!) is the inventor of the frequency-hopping spread spectrum technology used as a foundation for modern Wifi, Bluetooth and GPS? I also found out some surprising and disheartening truths. Did you know that the wage gap for women not only persists but gets wider as one’s level of education goes up? Did you know that the percentage of female computer science grads has declined dramatically since the mid 80’s? All the while, thousands of highly paid programming jobs go unfilled each year. According to Anne (and others), one possible solution to these problems is to engage girls in technology as early and as often as possible in order to encourage the prospects of a career in ICT.

In the fall, I participated in a McGill/Learn seminar with esteemed developmental psychologist Howard Gardner. During the final Q&A, he was asked by a teacher in the audience what essential skill or knowledge should we be teaching our students in order to equip them for the world of tomorrow. His response: coding. My colleague, Susan van Gelder, an early adopter and teacher of technology, wrote an excellent piece last year about the importance of getting our youngest students interested in coding. In To Code: Forward 2014, Susan shares how her students were empowered by their Logo experience and learned “procedural thinking, problem-solving and debugging”.

If you need more proof that programming is something that all students should be learning, perhaps Bill Gates and Mark Zuckerberg can convince you in this short video, What Most Schools Don’t Teach:

So, we definitely have ideas in terms of how to get kids excited and engaged with technology at an early age. However, one of the major obstacles in the implementation of school-wide computing programs, as pointed out by Anne’s research, is that there is simply a shortage of teachers able to teach these courses. Currently, in Ontario, only three faculties of education offer Computer Science qualifications and one of them (Queen’s) is in the process of phasing it out. Not surprisingly, fewer than one third of Ontario High schools offer even a single computer science course.

Thankfully, some institutions are mandating that their teachers complete training in programming in order to teach it. And, then there are the brave individuals who are taking it upon themselves to learn to code. You can read all about teacher Audrey McLaren’s foray into the world of coding and her participation in National Ladies Learn to Code Day in A Teacher Learns to Code.

Personally, I think computing has always had a serious image problem, particularly for girls. I remember my computer science class circa 1985. The classroom was tucked away, in the nether regions of a sprawling Toronto high school. Dark and unfriendly, the room was littered with towers, wires and computer guts. Frankly, the learning space itself did not speak to my design sensibilities and make me want to get creative … it made me want to run away! Add to that a complete lack of awareness on my part in terms of the possibilities of a career in computer science, and the fact that the Internet was not even on my radar, and well, I couldn’t see the importance or relevance and simply wasn’t interested.

Thirty years later and there are so many more sub-areas of computer science, like graphics, human-computer interaction and computational biology, and as educators we need to get the word out. Computing should not be seen as a solitary, boring, dare-I-say geeky endeavour, but as a way to solve real-world problems in collaboration with others.

What do you think?

Here are some great sites and organizations that Anne highlighted during her workshop that promote women in technology, educate and inspire: 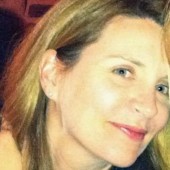 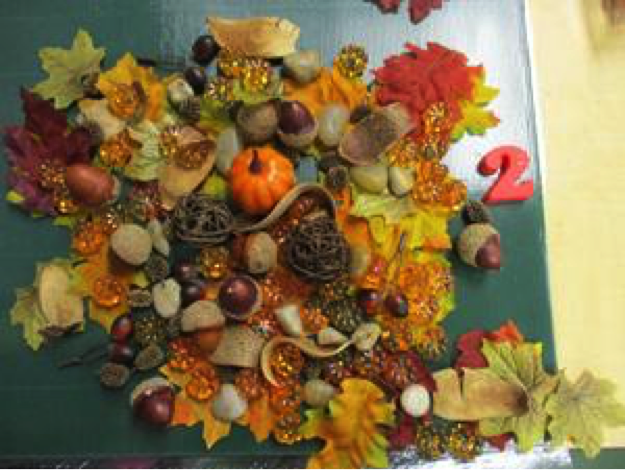 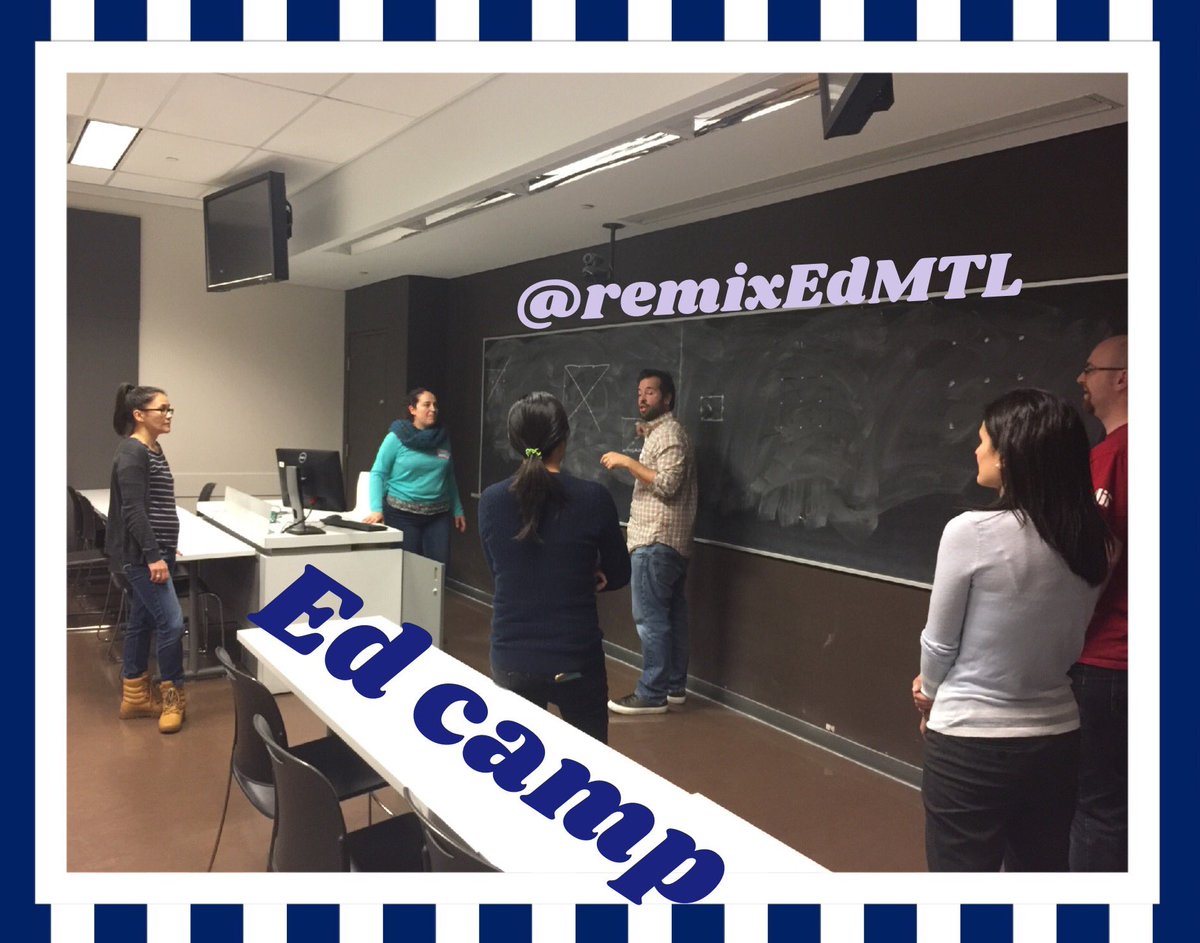 The Many Voices of an EdCamp 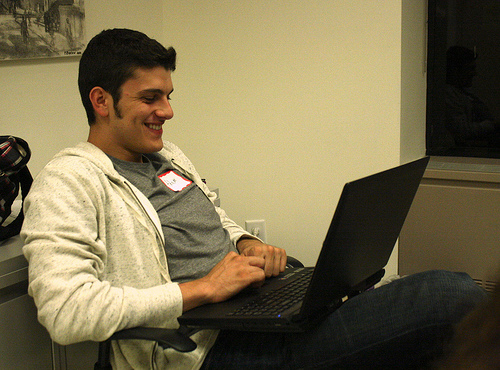 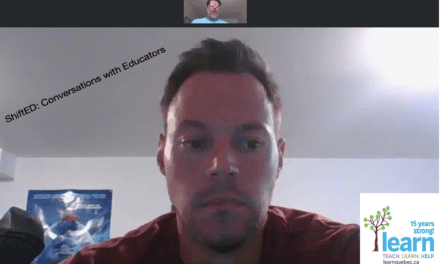