First Stop on a Journey Through Territory and Time 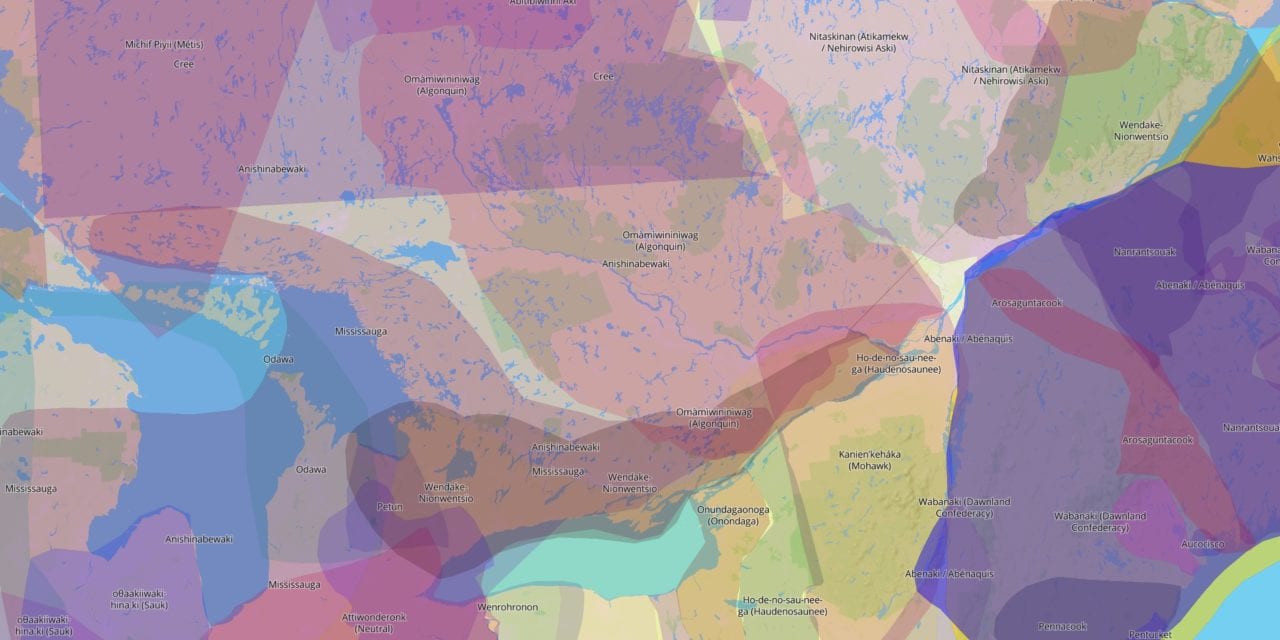 These days, life seems to pass through a virtual world. Though, in reality, my home, my office, the garden we plant outside, all that still takes place on a small peninsula of land that could tell many stories. In the distant past, these lands and waters were once used for many purposes, by various Haudenosaunee and Anishinaabeg peoples. Hunters and fishers walked and paddled just alongside what is now my humble little town, and I have even heard that pre-contact campsites have been found just upriver. People were undoubtedly pushed out but there were also peoples who were moved here too, enticed by promises of land and religion. Here on the edge of the Canadian shield, the ground is not that bad for growing, so I expect there were once even fields of corn and beans and squash that grew here too, in organized rows, and maybe a small village prospered, traded, used up the land and then moved on, into the landscape, into and across the very earth itself. So, where is my home exactly? Ah, but for that, you will really need a map!

Native-land.ca is one of the go-to sites people use to find out which Indigenous peoples had once lived, or who currently live, in a given territory. For many people, this website is an easy starting place for writing land acknowledgements. When you are visiting a town, or giving a speech, just check out who appears on the map and you’re done, right? Well, from the tone of my voice, you can hear that I have a problem with that but so do the people who built the site and are continually developing it.

First off, an immediate disclaimer reads: “This map does not represent or intend to represent official or legal boundaries of any Indigenous nations. To learn about definitive boundaries, contact the nations in question.”  The site is intended to reflect ways that “Indigenous people want to see themselves” mapped in a way that goes “beyond colonial thinking.” The site is structured to help but the best route to learning about cultures of a specific area is to contact those who have lived or still live there and ask them. Local band councils, cultural centres, related maps and more are listed when you search by territory. As you click on a territory, north of Montreal for example, there are more resources listed for peoples such as the Ashinabewak and Algonquins, as well as treaties, languages and others. Use those to delve deeper, find contacts, learn more. Now, it’s up to you to look further, to make direct contact, to ask questions and learn.

One of many sources you will have to examine critically: 1850 Tallis Map of West Canada or Ontario (includes Great Lakes)

One of my favourite articles on land acknowledgements is the “Guidebook to Indigenous Protocol” by Bob Joseph. It makes excellent points about how part of Indigenous Land Acknowledgement is the personal research process that each person does! Awareness of the people who “had a relationship with the land” is indeed a “sign of respect and recognition”. But Joseph also goes on to insist that: “It is not a platitude. The exercise of doing the research to find out on whose land a meeting or event is taking place is an opportunity to open hearts and minds to the past and make a commitment to contributing to a better future.” [Emphasis mine]. And for me this is key: Resources like Native-Land.ca offer starting points for personal research, especially when all you have to go on is location. 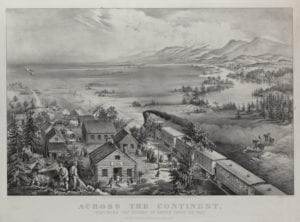 “Across the Continent, Westward the Course of Empire Takes Its Way,” art by F. F. Palmer, published by Currier and Ives, New York, NY, 1868.

As a perpetual student of social sciences, art, and culture, I find that what I know about the history of any one place is constantly changing. It changes as I discover and compare different sources and as I weigh truths from different perspectives. That might sound like sitting on the fence, but it is actually one of many historical thinking concepts and strategies that helps you form “historical perspectives”. Other more practical skills like considering what changed over time, how those changes were significant and for whom, who and what caused events and the consequences of those events on others can also contribute to our knowledge and understanding. You WILL find in your research that many people mentioned on the maps of Native-Land.ca may no longer be occupying the land in the way you thought, their peoples may have moved or been relocated by force or deceit, or their region size may have changed over time for a number of reasons.

Taking it One Step Further

Absolutely, the maps at Native-Land.ca support learning across the curriculum. From class discussions in ethics to inspiration for art projects, from English compositions to French letters to the editor, these maps can help students begin and develop many pedagogical processes. For me though, a fascinating and revealing use for these maps is when teachers or students use these maps to fill in gaps in the Quebec and Canada (HQC) history curriculum content.

The HQC secondary 3 and 4 history years (as well as large parts of our elementary-level content) are divided up into 4 time periods each, ranging from 1500 years pre-contact to the present day. Choose a time period at random and you will see what I mean. For instance, “The formation of the Canadian Federal System” covers  the period from 1840 to 1896. Okay, it’s obvious that Canada’s borders expanded over and through Indigenous lands. However, pick any of the prescribed knowledge to be acquired or the social phenomena to be studied and those events either happened in territories claimed by Indigenous peoples or they describe facts that affected one or more Indigenous peoples directly or indirectly. 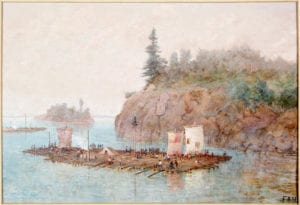 The Timber Raft, by Frances Anne Hopkins, 1868. LIBRARY AND ARCHIVES CANADA, via https://www.canadashistory.ca/

Take, for example, the “Timber Industry” in the 1850s. Logging camps, and later on even lumber mills, expanded deep into the Ottawa Valley regions, the whole way around Lac St. Jean, and far north through the Mauricie regions … right through territories occupied by Algonquin, Innu, Atikamekw, respectively. And what’s that I see on the map? Even some southern Eeyou Istchee (Cree) were far enough south to be affected. If you are as surprised as I was, then now is the time to ask questions! Which tribes, which villages, which reserves (and yes, which schools!) are we talking about? Were any indigenous peoples affected by this transformation of lands, industry, and eventually of settlement? And on what side of these particular histories were they all on, the peoples, nations, and cultures – yes, but also the individuals and their stories of acceptance and resistance too.

And so, summer finally seems to be upon us. Many of you will be out on the road, finally free to wander across greener and greener zones of freedom. But this time, turn off that old GPS and look at your route through a different lens. Start by tracing the rivers, forests, and fields along your route, and recognize the highways, industries, and life blood of other peoples from other times. Explore these maps beyond familiar borders. They tell stories of languages, of treaties, and of an interconnected world that stretches right to the ocean. You won’t find this type of history in a library. With even a small amount of WiFi, you can actually learn something new about the people who were there before you, and about the ones still standing firm on lands they never really left at all. 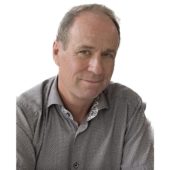 Paul is LEARN's Pedagogical Consultant in Social Sciences. He has previously held dossiers in ERC, Physical Education and Education for Reconciliation. He has been a History teacher for LEARN's online school, as well as a History and English teacher in high schools in Joliette, Ormstown, Kanehsatà:ke, and way up north in Salluit, Quebec. 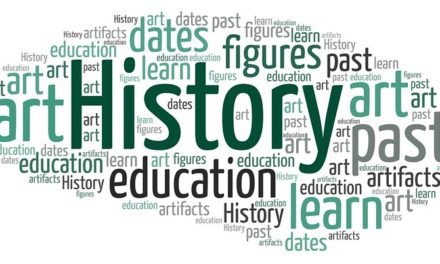 Whose History Are We Teaching? Changes to Promote Equity and Inclusion in the Elementary Social Sciences 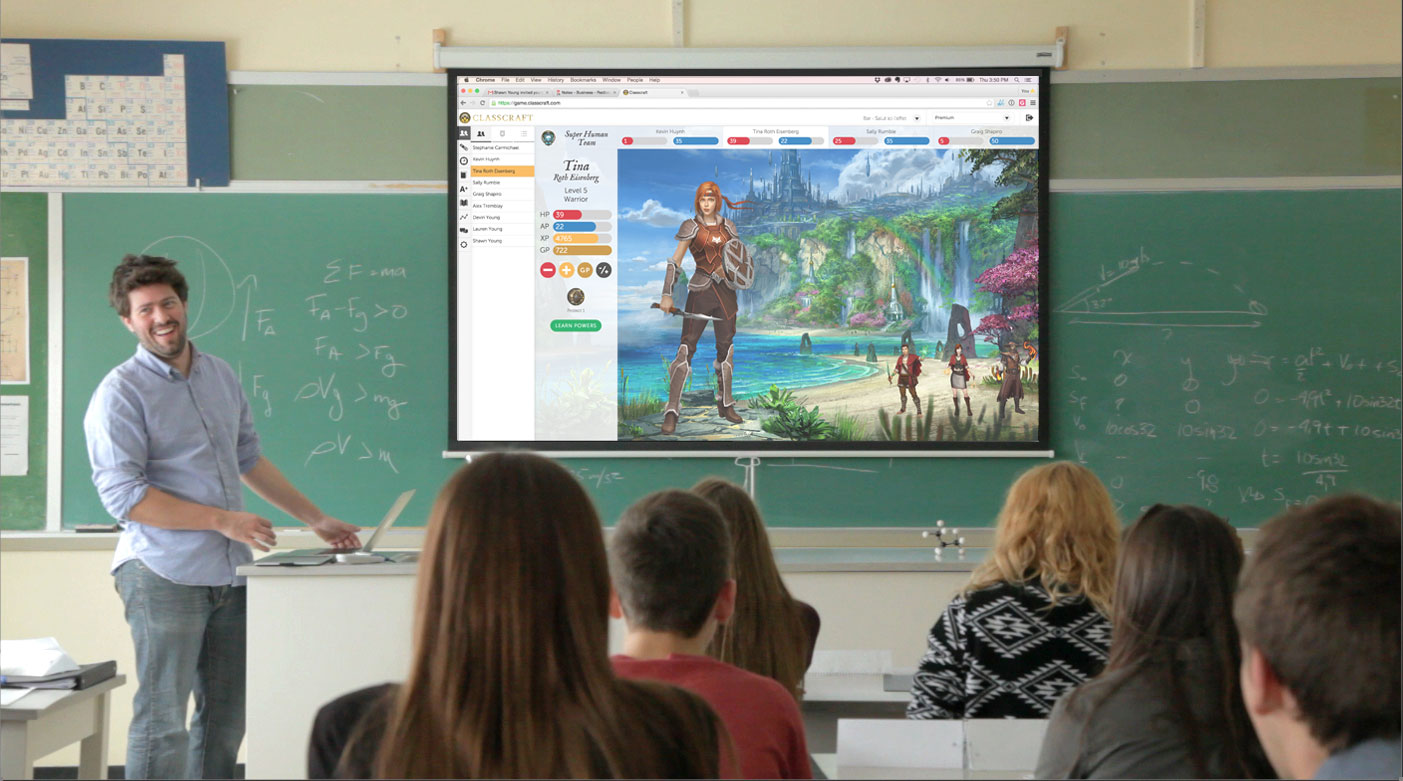 Beyond the Textbook: Gamifying Classroom Management

Striking my Fancy: Blogging for Literacy