Applied Science and Technology – An idea whose time has come 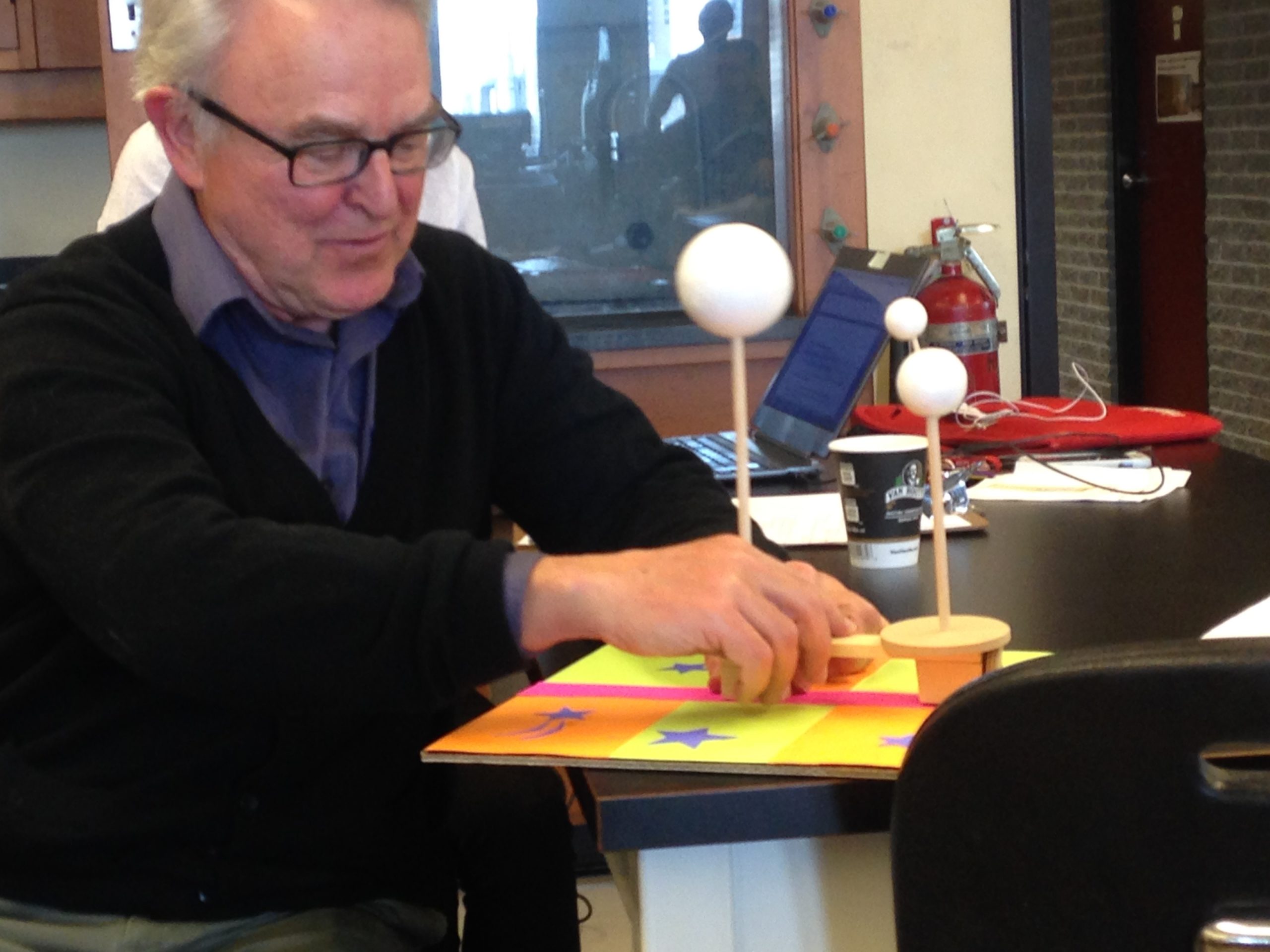 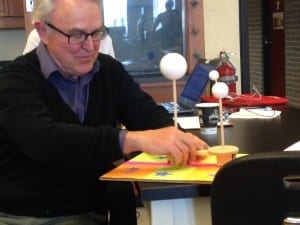 A few years ago I had the pleasure of observing Secondary 4 (Grade 10) classes in the Montreal area as part of my PhD research into the implementation of a then new and different program called Applied Science and Technology (AST). What made it different from the “regular” program, Science and Technology (ST) was that its methodology required that students learn science concepts by studying their real-life applications. In other words, students learn the concepts in large part only after they have seen the concepts in action.

So what’s the difference?

While technology, meaning engineering technology, has become an integral part of the content and activities of both programs, AST places a greater emphasis on it in both the course content and its assessment. AST also differs from ST in that it offers students a more practical approach to learning science. AST places particular emphasis on the applications of science and technology and explains the applications as “practical achievements (objects, systems, products or processes), which are characterized by their operation, the materials of which they are made, the associated scientific and technological principles and the way in which they are built or manufactured” (MELS, 2007, p. 22).

The writing of AST was influenced by the positions held by Canada’s National Research Council (NRC), the American Association for the Advancement of Science (AAAS), the Council of Ministers of Education of Canada (CMEC), and the Science Technology, Engineering and Mathematics (STEM) movement, trending across the world of science education (Bybee & Fuchs, 2006; Gengarelly & Abrams, 2009).

The STEM movement promotes inquiry-based learning, context-based learning, constructivism and problem based-learning with the inclusion of engineering design principles in the science curricula (Barma & Guilbert, 2006; Potvin & Dionne, 2007). In 1995, the CMEC adopted the Common Framework of Science Learning Outcomes K to 12. This influential document was designed as a blueprint for scientific literacy for all Canadian students.

Students from both ST and AST must write a final Ministry exam at the end of Secondary 4. Recent Quebec Ministry of Education documents show that, among the English school boards, in 2014, 27 schools had active AST classes. This represents about one-half of all English high schools and about 1/3 of all Secondary 4 science students. Its popularity varies widely from board to board. Some have very few AST classes while others have almost all students following the program. Since the passing of either ST or AST is a requirement for a high school diploma – and therefore entry to CEGEP – parents and students need to know that either program gives equal chances for this opportunity. In fact, according to Ministry results, pass rates and average marks are about the same overall, with AST students achieving better marks in some cases.

As I was doing my research into the implementation of AST, I visited a number of schools in the Montreal area to find out what activities were being used to develop the engineering technology aspect of the program.

One of my visits was to Laurentian Regional High School, a school serving a mostly rural student population. Here the applied approach to science learning was the preference of most students and AST was considered to be the “high level” program. For most boys and girls, using tools and doing hands-on projects were a natural part of their rural lifestyle and so the applied approach to science and technology fit naturally with their learning style.

Setting the Scene: The teacher Scott Morrill introduced the hydraulic arm activity by discussing the heavy machinery that they all see regularly on their farms and on the roads and construction sites. He led them to a discussion on the need for these machines to have hydraulic arms to do much of the heavy lifting and moving. As a lead–in to the activity he and the class did a lab investigation of a syringe, focusing on Pascal’s Principle, the basis for the theory and use of hydraulics. He then related the syringe and the pressure exerted by the liquid to hydraulic jacks that the students are all familiar with. The QEP specifies that, in Secondary 4, AST students must study the engineering aspects of motion transmission systems (MELS, 2011b, p. 33).

Ever the humourist, Scott quipped “It’s jack week at Laurentian Regional HS”. He had the class do a 15-minute analysis of two types of car jacks to remind them of the important technical aspects of jacks – the links, degrees of freedom, forces, and controls involved.

Designing and Building the Arm: Scott then introduced an activity whose aim was to construct a model of a hydraulic arm whose purpose was to scoop up a quantity of “kitty litter” and transfer it from one container to another. This was to simulate a steam shovel moving earth at a construction site. With a physical model which he displayed in the front of the class, the students went to work on their designs.

The activity took place in the Technology lab. It is a large room equipped with floor-mounted tools, a heavy duty dust collection and ventilation system, large working tables and ample cupboard space for storage of projects. In many schools the technology lab is the old woodworking shop – updated for the new Science and Technology programs.. The photo below gives an idea of the use of the tools. 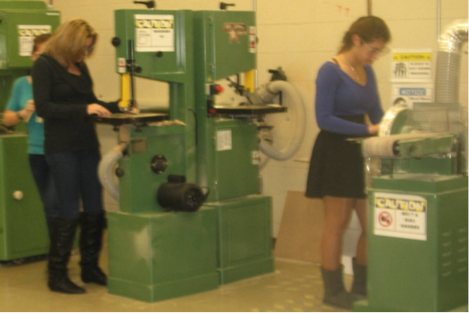 To construct their hydraulic arms students had a wide variety of tools available to them – band saw, drill press, sander, and miter saw, among others. They knew what to do and what equipment to use. Their expertise with the tools was remarkable. The girls were as comfortable with the use of floor-mounted tools as the boys. One girl explained, “We’re all confident using these tools. We can do it, no problem!”

As I have observed in other schools, these students did not place a lot of importance on the designing process before they constructed their project. They are more comfortable working from a rough sketch and designing the details as they go. I observed one group closely to see how this process would work. They progressed effectively by discussing and planning in their heads with scant reference to their written sketch. For example, while putting together the arm, as one held two pieces of wood, they discussed where to drill a hole to join the parts. One of them went to drill the hole while the other sanded the base. Both returned, discussed the hole placement and returned together to the drill press to make an adjustment. This “hands-on planning” was typical of the designing process in Scott’s classes. It was also very common in the other classes I observed during my research in AST classes. 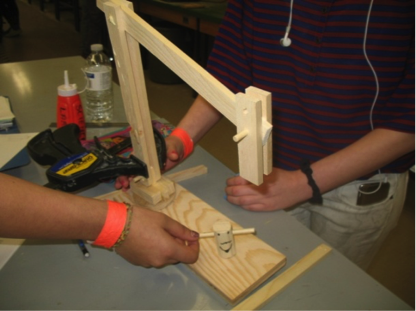 Testing the Hydraulic Arm: Scott set up a testing area on the demonstration bench at the front of the room. He placed a large tray of kitty litter and, group-by-group, students brought their projects forward to test how much litter they could scoop up and place in a second tray. Before the testing, Scott reminded them of the need to hand in a written design and report of their work. Realizing that they are less enthusiastic about written work than they are on the hands-on aspects of science, he told them, “Nothing counts if a written report isn’t handed in. Like it or not, that’s what you’re judged on!”

As each group underwent the test, groups of five to 10 other students stood around the area to watch with interest. As groups ran into problems, other students offered suggestions for improvements. There was no sign of frustration when things didn’t work properly. They were in a mode of problem solving and eager to help each other. This was an impressive display of student engagement, motivation, cooperative relationships and learning of science applications – a compelling demonstration of the value of the applied approach to science learning. 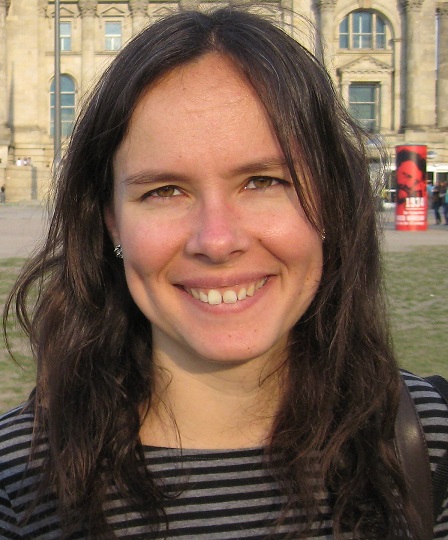 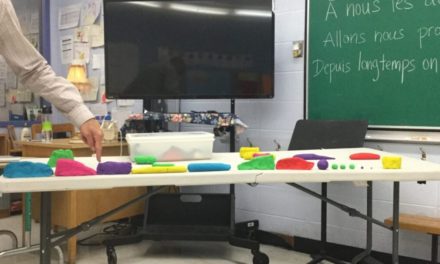 Look, Ma, No Gear! Strategies For Music Creativity That Fit On A Cart 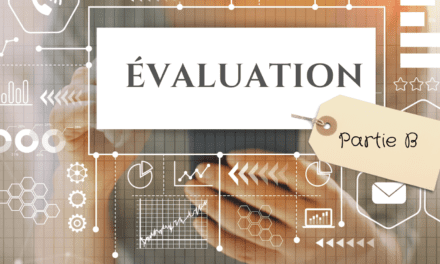